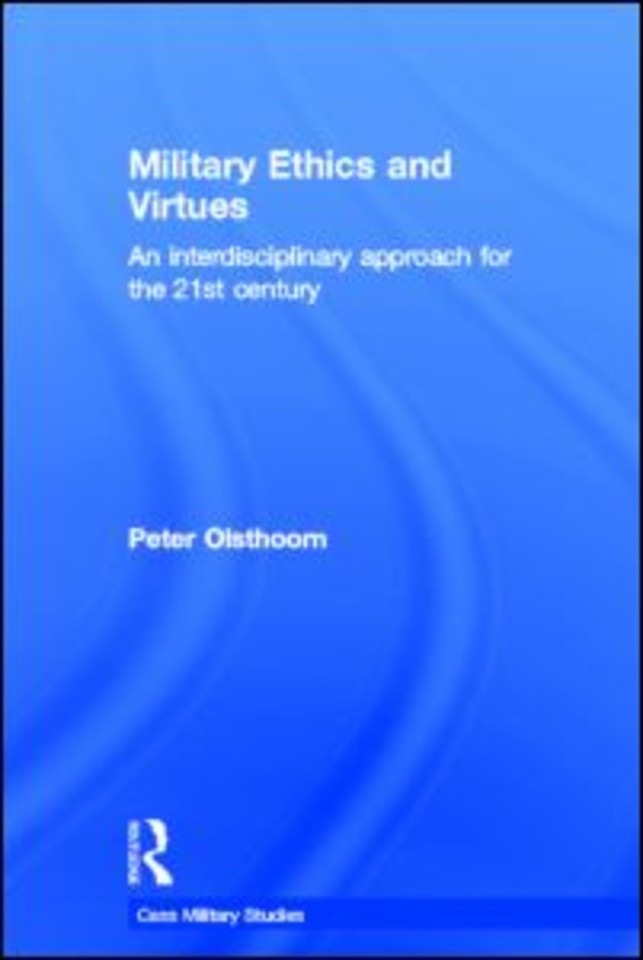 An Interdisciplinary Approach for the 21st Century

This book examines the role of military virtues in today's armed forces.
Although long-established military virtues, such as honor, courage and loyalty, are what most armed forces today still use as guiding principles in an effort to enhance the moral behavior of soldiers, much depends on whether the military virtues adhered to by these militaries suit a particular mission or military operation. Clearly, the beneficiaries of these military virtues are the soldiers themselves, fellow-soldiers, and military organizations, yet there is little that regulates the behavior of soldiers towards civilian populations. As a result, troops trained for combat in today's missions sometimes experience difficulty in adjusting to the less aggressive ways of working needed to win the hearts and minds of local populations after major combat is over. It can be argued that today's missions call for virtues that are more inclusive than the traditional ones, which are mainly about enhancing military effectiveness, but a convincing case can be made that a lot can already be won by interpreting these traditional virtues in different ways.
This volume offers an integrated approach to the main traditional virtues, exploring their possible relevance and proposing new ways of interpretation that are more in line with the military tasks of the 21st century.
The book will be of much interest to students of military ethics, philosophy, and war and conflict in general.?