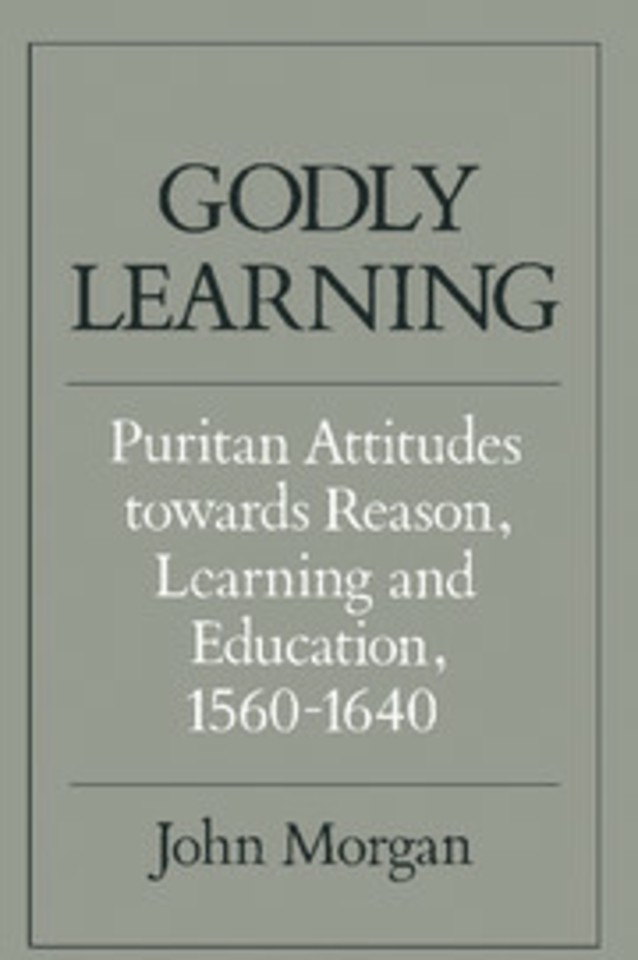 Godly Learning attempts to establish the relationship which Puritans worked out between faith and reason in the eighty years before the Civil War. This was a period of rapid expansion of educational facilities, of a clash between humanist values of the Renaissance and the fideism of the Reformation, and of confrontations between traditionalist (primarily Aristotelian) approaches to knowledge and the more experimental path signalled by Bacon. Taking an existential approach to the question of meaning, Puritans sought their solution in the development of a covenant theology based on a life of active faith. They argued vehemently that natural reason was incapable of finding the path to salvation and only faith could regenerate reason to its proper capabilities. At the same time, Puritans emphasised the value of learning for comprehension of Scripture and preparation of sermons. Starting with a fresh approach to the question of defining Puritans, Godly Learning proceeds to delineate the infrequently studied puritan mentalité which informed the better-known public political and ecclesiological positions. Not since the work of Perry Miller has there been such a thorough attempt to comprehend the Puritan view of reason, and the implications of that view.

Preface; Introduction; 1. The problem of definition; 2. Religion and the godly life; 3. The limits and proper uses of human reason; 4. The dangers of learning; 5. The role and status of ministers; 6. A learned ministry; 7. The use of learning in the pulpit; 8. The godly household; 9. Reform of the schools; 10. Schoolmasters; 11. The reform of higher education; 12. The institutionalization of reform; 13. The individualization of reform; Conclusion; Bibliography; Index.