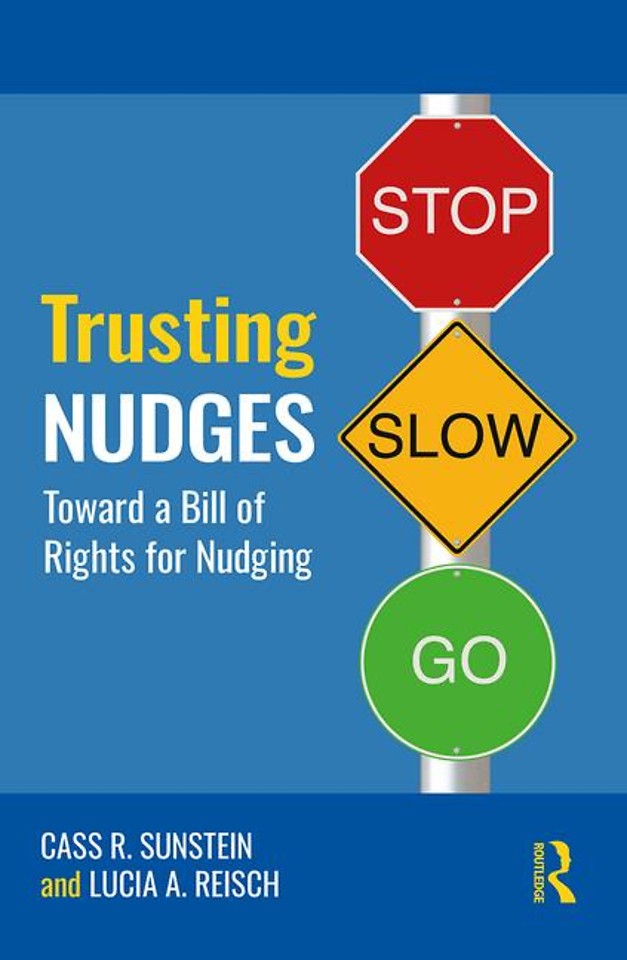 Toward A Bill of Rights for Nudging

Many "nudges" aim to make life simpler, safer, or easier for people to navigate, but what do members of the public really think about these policies? Drawing on surveys from numerous nations around the world, Sunstein and Reisch explore whether citizens approve of nudge policies. Their most important finding is simple and striking. In diverse countries, both democratic and nondemocratic, strong majorities approve of nudges designed to promote health, safety, and environmental protection—and their approval cuts across political divisions.

In recent years, many governments have implemented behaviorally informed policies, focusing on nudges—understood as interventions that preserve freedom of choice, but that also steer people in certain directions. In some circles, nudges have become controversial, with questions raised about whether they amount to forms of manipulation. This fascinating book carefully considers these criticisms and answers important questions. What do citizens actually think about behaviorally informed policies? Do citizens have identifiable principles in mind when they approve or disapprove of the policies? Do citizens of different nations agree with each other?

From the answers to these questions, the authors identify six principles of legitimacy—a "bill of rights" for nudging that build on strong public support for nudging policies around the world, while also recognizing what citizens disapprove of. Their bill of rights is designed to capture citizens’ central concerns, reflecting widespread commitments to freedom and welfare that transcend national boundaries.