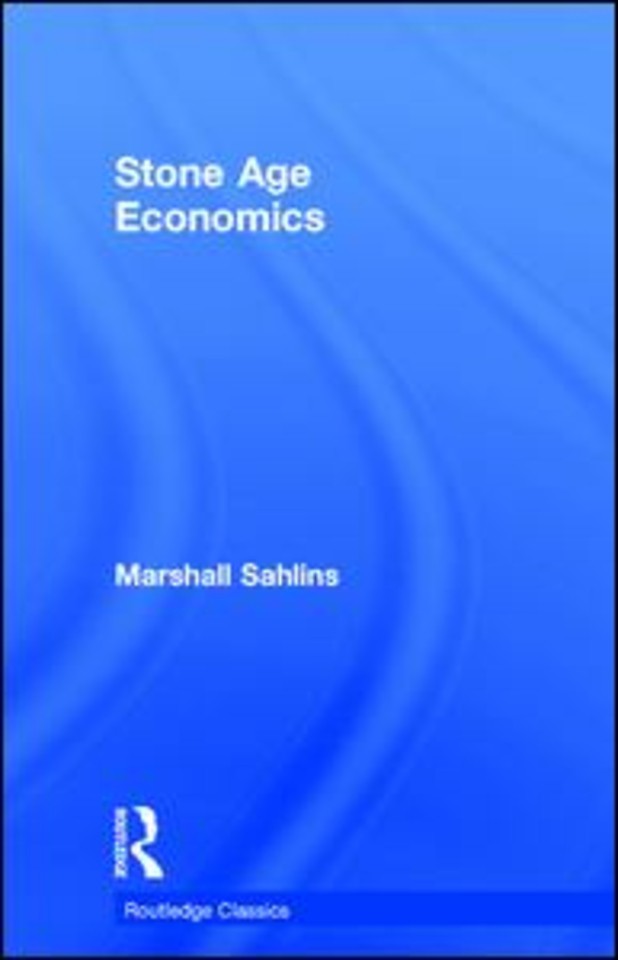 Since its first publication over forty years ago Marshall Sahlins's Stone Age Economics has established itself as a classic of modern anthropology and arguably one of the founding works of anthropological economics. Ambitiously tackling the nature of economic life and how to study it comparatively, Sahlins radically revises traditional views of the hunter-gatherer and so-called primitive societies, revealing them to be the original "affluent society."

Sahlins examines notions of production, distribution and exchange in early communities and examines the link between economics and cultural and social factors. A radical study of tribal economies, domestic production for livelihood, and of the submission of domestic production to the material and political demands of society at large, Stone Age Economics regards the economy as a category of culture rather than behaviour, in a class with politics and religion rather than rationality or prudence. Sahlins concludes, controversially, that the experiences of those living in subsistence economies may actually have been better, healthier and more fulfilled than the millions enjoying the affluence and luxury afforded by the economics of modern industrialisation and agriculture.