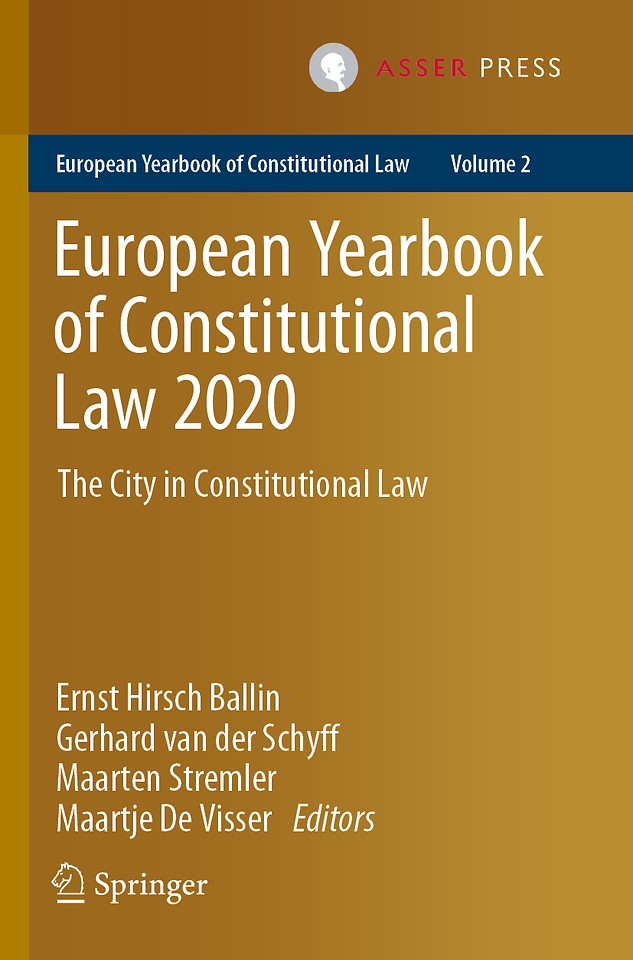 The City in Constitutional Law

The European Yearbook of Constitutional Law (EYCL) is an annual publication devoted to the study of constitutional law. It aims to provide a forum for in-depth analysis and discussion of new developments in the field, both in Europe and beyond. This second volume examines the constitutional positioning of cities across space and time. Unrelenting urbanisation means that most people are, or soon will be, living in cities and that city administrations become, in many respects, their quintessential governing units. Cities are places where State power is operationalised and concretised; where laws and government policies transform from parchment objectives to practical realities. In a similar vein, cities are also places for the realisation of the constitutional rights and liberties enjoyed by individuals.

The book is organised around three sets of relations that await further unpacking in theory as well as practice: that between cities and other institutions in the national constitutional architecture; that between cities and their inhabitants; and that between cities and international organisations. The contributions to this book show the marked diversity in the role and powers available to cities in Europe and beyond, and identify principles and approaches to help stipulate new ways of thinking about the legal role and relevance of cities going forward.